Home Currency Exchange How Canadian dollar looks like in 2022 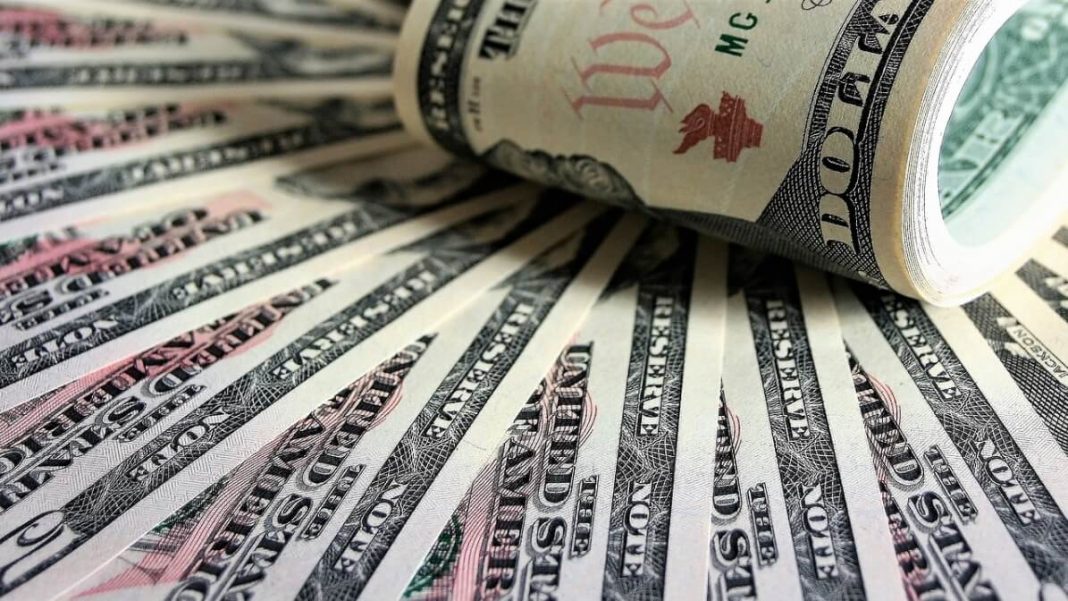 Forecasting currency exchange rates ahead of time is interesting for many people. People who want to travel to Canada are asking themselves where will the Canadian dollar be in short term or mid term future? Canada’s businesses will use their acumen to ascertain where the Canadian dollar will be, and with more vaccinated people there is hope that things are going back to normal but no one is sure.

While searching for some insight as to where the Canadian dollar is going in 2022, there is no clear consensus out there currently. While economic forecasting is tantamount to educated guessing, you still must start somewhere, give your reasons and why, and maybe you might be right.

The main driver to the fluctuations of the Canadian dollar to the USD is Canada’s exports, as Canada tends to be in a net surplus position to the USA in its balance of trades. There is also the interest rate differential between the two countries, but as rates are at all time lows, the difference between the two is not as significant as it was in the past. Thus, trade will be in the forefront.

Effects of the pandemic

Currently, both Canada and the USA are in various stages of lifting quarantine and travel restrictions and depending on which state/province you are in, your ability to return to some degree of normalcy has happened. With that, people are now preparing to spend like they have never spent before. Ironically, it was a hundred years ago when the “Roaring Twenties” started, it was a decade of rapid growth and prosperity, recovering from World War One, it saw the purchase of consumer goods like no other in the past. Today is like this and while there has not been a war, the loss of life due to the pandemic has not been insignificant.

It is against this backdrop that a new economic world is emerging, and Canada stands to benefit from this greatly, even as this is being written, shortages have arrived on various products, such as lumber, oil, base metals, semiconductor chips and even housing.

The main impact of this unadulterated consumer buying spree has yet to really start, consumer buying trends have now changed, what was deemed to be an extravagant purchase in the past, is now on the immediate buy list. This includes travel and Canada is a net beneficiary of travel, more people visited Canada than ever before (pre-pandemic) and tourism boosted the economy greatly. Early indications are that the 2022 forecasts should exceed 2019.

This new buying binge will cause even more shortages as mentioned as manufacturing has yet to play catch up to consumer demand. To add stress to this buying, there is the “Amazon effect” in terms of purchasing goods, people want goods now and not tomorrow and Amazon has provided this. Consumers have been lulled into this and are now seeing same day or next day delivery as the norm. However, what may happen is that consumers that want something today will soon start paying premiums to have something first rather than wait, adding to inflation rates.

This pent-up demand in buying will likely start in Q1 of 2022, in the meantime, markets are waiting to see when restrictions are fully lifted and as a result, we believe that the Canadian dollar will trade on the weaker side which has been the case so far. Central banks have intimated that they are going to hike interest rates sooner than later allowing the USD to get stronger in the mean time. Once the Q1/22 comes then the Canadian dollar will gather strength and get stronger through the year.

The Liberal government is in power till October 20 2025 , or until it decides to call another unnecessary election. Although it is still a coalition government, the distance between the Liberals and the NDP is like being next door neighbours, you get to see what’s going on in each other’s yard, you visit each other’s BBQs and your kids have regular playdates in each other’s houses, nothing goes unnoticed. There is a vested interest that both parties see things through the same glasses.

The other parties will have to wait and see what it will take for the NDP to move out of the neighbourhood but it will likely be a long time.

What happens after the election?

The outcome of the election itself had little impact on the Canadian dollar, investors had one less uncertainty to consider. Many had thought that after the elections, life would start to have some form of normality. Financial markets continued on as if there had been no election, equities and the Canadian dollar strengthened, however this has been set aside due to anti-vaxxers and the new Omicron variant detected on late November in Canada.

The main concern that emerged was inflation had started to come to the front burner, “supply disruptions” was the biggest excuse. A lack of products for the making of everything from toys to trucks caused enormous demands, oil prices reached 7 year highs, thus transportation costs grew, basically everything went up in price. Central banks extolled that this was a short term event and once the supply chain was up and running again, inflation would go back down. This went on for a while till Central banks had no choice but to start announcing ways of removing cash from their respective money supplies. Currently, as of November 30,2021, Canada’s vaccination levels are as follows, 80.2% one dose, 76.4% two dose and 3.1% booster shot. Canada is close to reaching its plateau on vaccinations as anti-vaxxers refuse to get a vaccination or even abide by vaccination rules. Thereby causing unnecessary hardship on hospitals and other healthcare providers as 90% or more of the latest Covid patients are unvaccinated.

This may all change with the advent of the Omicron variant, first signs show that this is highly contagious and has reached all four corners of the world exceptionally fast, far quicker than its previous variations. The main concern at the moment is how virulent is the strain? Initial comments claim that the variant is less invasive compared to the Delta strain, however, like the other variants it could evolve to something worse.

Currently, markets are still determining what the latest impact will be but as time goes by, investors are starting to absorb the latest data as manageable and equities will continue to move back to recent higher levels.

What should we continue to look out for in 2022?

The biggest problem facing the world and not just investors is, when is the pandemic going to rescind down to a manageable level that doesn’t impact the globe?

This is the key question, at the time of this writing writing there have been a number of Covid variants each different, however the underlying concern is that a variant evolves that is completely immune to any vaccination.

If a new virus jumper emerges, one that needs a new vaccine to counteract it, then all bets are off. The world will have to rethink how it will handle the mutated virus and how quickly can it roll out the vaccinations again?

Last year, this year and next year, was, is and will be years that hopefully will never happen again. That being said, historical charts and forecasts are not really applicable unless we examine the world’s economies after massive pandemics such as the Black Death, Third Cholera Pandemic, Flu Pandemic (1918), HIV/AIDS Pandemic and now Covid-19. Each of these events had different outcomes, the one with the biggest impact, The Black Death, killed as many as 200 million people and left those alive with a lot of money. This resulted in the Renaissance, one of the greatest eras of European history. There are other great historical events around the world with similar stories, however this one can be attributed directly to tragic events.

Whether the world will see another renaissance on that scale is highly unlikely, but the chances of another depression is the concern. Central banks around the globe will coordinate, incorporate, orchestrate, browbeat and do everything they can to ensure that another one doesn’t happen.

Given these outcomes, a long term view on rates is good to have, but in this current environment , being nimble and quick is probably a better way of managing business.