Home Economy What are the effects of Covid-19 vaccination on Canada’s Economy? 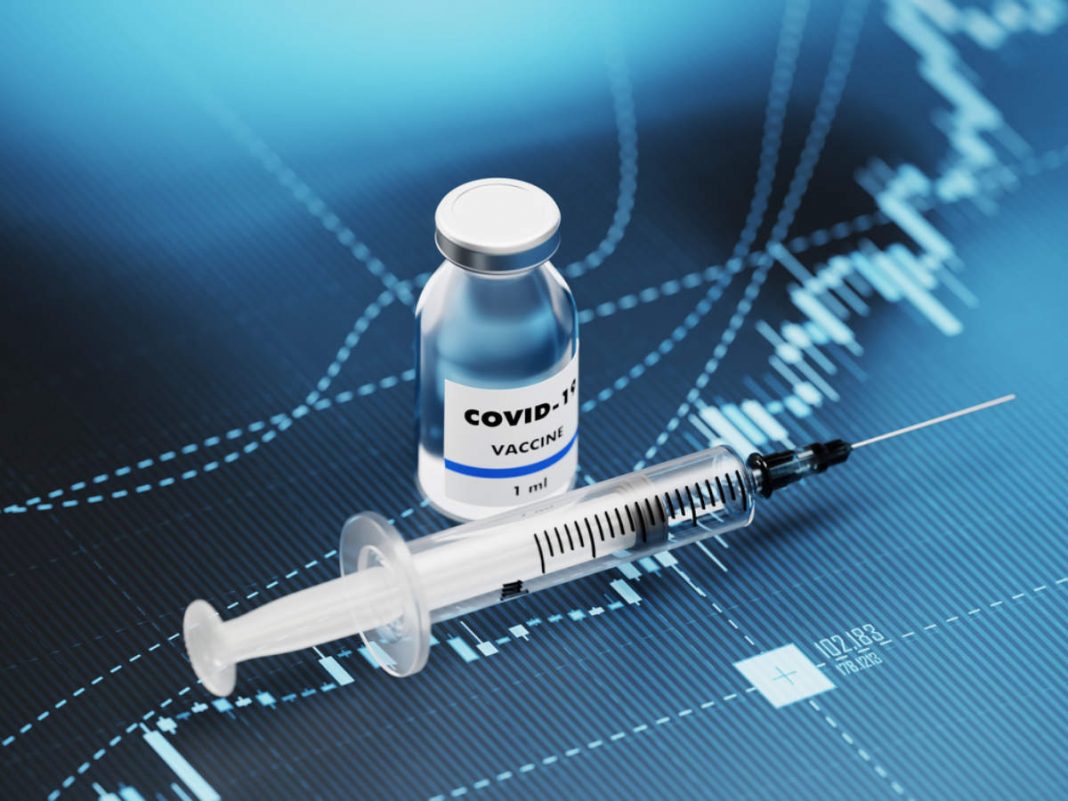 Where does that leave Candians now that the economy is starting to open up? Depending on the province that you live in, Canadians are now looking forward to some sense of normality very soon. Will things change dramatically that haven’t already changed because of the pandemic? We will look at the current and future near term outcomes.

As soon as it became clear what was taking place globally, more than 90% of the world’s economy contracted at the same time. Each of the world’s largest economies stopped simultaneously, the first impact of Covid-19 was world trade collapsed, the ports of the world idled overnight. Ironically, this only lasted a very short period of time and became the early indicator of economic growth.

Second impact, travel restrictions were put in place to varying degrees, however at the beginning no one was allowed to leave their homes let alone their country.  Corporations had to adjust to having their employees work from home in order to keep businesses running.

Restaurants closed, anything that was deemed non essential closed, also certain parts of stores were off limits while the remainder of the stores were open. The primary objective was to keep people indoors as much as possible with the least amount of movement outside.

It soon became clear to governments that their economies would implode unless there was some form of support in order to maintain economic stability.

Goods trade fell rapidly, adding to the economic decline in manufacturing countries, but recovered quickly, reflecting the substitution of demand from contact-intensive services (impaired by COVID-related restriction) to goods, and the considerable resilience of global value chains to transitory disruptions in the first semester (The World Bank, 2021).

How all levels of Government staved off a massive depression

The second objective that became clear, stopping the implosion of domestic households, people who could not work from home had their incomes decimated. In order to maintain household stability, Governments focused on providing support for households and struggling companies. Corporate indebtedness would also likely increase as firms were facing an abrupt reduction in sales, governments provided some form of income support through various platforms. Individuals stuck at home received direct income payments from not just the  Federal government but also their respective provincial government. Household rents were covered as well as some mortgage aid, depending on income levels.

Businesses who were able to remain open received support to pay their staff, rent support and delay paying taxes. Those who worked at these firms were able to work, thereby keeping their lives at some level of normality.

As time progressed certain events have been allowed, outdoor gatherings with limits, in store shopping seems to be available with no restrictions on product purchases and some restaurants have reopened with limited occupancy.

How real estate has been affected

Real estate has been the big winner through the pandemic, depending on the type of property you held. Initially, all pending transactions were cancelled or put on hold, sales fell precipitously,  but as people stayed at home it became apparent very quickly that “cabin fever” was starting to set in. Those that lived in studio or small one bedroom apartments wanted more space and the race was on for houses, big houses, multiple rooms with at least one room designated as an “office”.

That being said, pre-built condo sales have rebounded and will likely continue after the economy opens up. It is a combination of pricing catch-up and people who are not property owners already. The gap between condos and houses widened to the point that it became too big to ignore. People are now looking at their prospects of permanent employment and steady income and are afraid that they will be left out again if they do not buy something. While it may not be the ideal residence, it is now being looked at as a foot in the door. Also, since it is a new condo and there is a time delay in taking ownership, people can biuld up their down payments.

With May 2021 activity setting a record for the month, and May 2020 sales marking the worst May since the late 1990s, the actual (not seasonally adjusted) number of transactions this year represented a 103.6% increase on a year-over-year basis.

The chart shows not only the increase in sales but also how quickly people’s attitudes changed, and the voracity with which houses were being bought had not been seen in decades. Multiple offers became the norm, selling way above listing price, plus chances of potential rate hikes all added to a tsunami of home sales.

Markets have started to quell a little but the undercurrent of another wave of buying still remains.

Condominiums did not follow house prices to the same degree, again depending on the size of the unit. Two bedroom apartments moved higher, while studios remained unchanged or slightly better. But this has changed, all condos are now moving up.

In fact Canadian national home sales fell 7.4% in June versus May of this year, although down, it was expected.

Both the Bank of Canada and the U.S. Federal Reserve have intimated that they may hike interest rates sooner than originally  thought,which has caused rates to move higher. Not enough to spook the real estate market as yet. It will need to see the official announcement of a rate hike pass before acting accordingly.

Travel is now on the horizon (pun intended) for a lot of people, again no one could move about for the first six months, borders were closed, and are still closed in some cases. Hotels, motels, inns, bed and breakfasts, all put up closed signs and had to go into survival mode for the next twelve months, same with the cruise industry. A very bleak year and now things are turning around, open for business signs are popping up. Provinces are now putting pressure on the Canadian government to reopen the border to the United States. The rational is that there are more fully vaccinated people in the U.S. as a percentage versus Canada, U.S. is 45.1%* and Canada is 19%

The irony  of the border closure between Canada and the US was that you could fly between these countries as long as you said you were on business. As time went on, flights went from a few a day to 60% of capacity and this week in the United States airports are packed.

While travel between the US and Canada may open up, the rest of the world is another question. There are a large number of North Americans who believe that it is their constitutionally right not to accept the vaccine and while that may be alright here, it won’t cut it in Europe. There have been discussions about issuing vaccination cards and privacy groups believe that this is an invasion of privacy, that being said you still have to prove you have your other shots, so what’s the difference?

In Germany, before going into concert venues you have to show a vaccination card or you don’t get in, even airlines domestic  and international are considering following this format. If that is the case, those that are not vaccinated will have a nice summer traveling in their mobile homes.

Unusual outcomes from the pandemic

beside those factor which we covered so far, there are some unusual and unpredictable outcomes from this pandemic too. As government is administering more vaccine these affected fields are hopping to gradually come back to normal status.

Now that personal freedom is back, fully vaccinated people have gone a binge buying automobiles, car production has increased dramatically.  As a result, there is a chip shortage, not the fish and chips kind, but rather the chips that are used in the semiconductor and integrated circuit industries. Automobile production has stopped on certain lines, while other products that use chips have seen their manufacturing slowed to a crawl.

Chip production dropped to next to nothing or ceased completely on the premise that the global economies had collapsed. This was in the first half of 2020, however, as people stayed in their homes, demand for electronics exploded, office equipment, copiers, computers, and the most important of all big screen televisions all need integrated chips but with a different design versus the chip that is used in automobiles. As 2020 progressed, however, the automotive industry quickly recovered (far faster than anyone anticipated), with sharp recoveries in car sales seen worldwide. This caused a supply bottleneck on a global scale that started to cause serious problems at the start of 2021 and has been growing ever more dire with each passing day.

It has been determined that there is no quick way to get out of this problem, it will have to sort itself out slowly, in some cases people have been waiting for two years for the car of their choice and have been informed it could be longer.

The second unusual outcome from the pandemic, pets, you cannot buy a cat or a dog, especially a hybrid dog with the name doodle in its name. If the waiting list for a tv or a car is long, then the waiting list for a dog is even longer. Breeders once sold these dogs between $1000-$1500 each, but today be prepared to pay as much as $5000.* Those people who worked from home and needed companionship soon bought pets in all shapes and forms especially dogs as dog walking became a form of exercise.

Animal welfare groups are worried that those that are vaccinated and have to go back to their place of work will start putting their pets up for adoption or simply just drop them off at the animal shelter. However, so far, it looks like the “pandemic pets” are still staying home, but due to the large number, some companies are allowing pets at work. The reasoning is that finding staff is becoming more difficult especially in skilled industries and management could this as comparable to providing a benefits plan. Attracting talent is becoming more difficult and thinking outside the box helps.