Home Currency Exchange How Canadian dollar looks like in 2021

Now that 2020 is in our rear view mirrors, people now believe that they will not be stuck in their homes by the end of 2021. Travel is on a lot of minds and with that where will the Canadian dollar be? Canada’s domestic tourism industry wants to know as well, for every person that leaves Canada, there is one that visits Canada.

Canada’s businesses will use their acumen to ascertain where the Canadian dollar will be, but like everything else it’s just an educated guess. There is no magic formula or set template that one can follow.

What positive factors should be considered when forecasting CAD?

What 2021 holds for the Candian dollar is likely the same as 2020, the Candian dollar will get stronger to the U.S. dollar, with some forecasters calling for 1.1400 to the USD by December, 2021. There are a number of factors that will likely cause the CAD to strengthen each different to the other but in general we can consider these factors as external factors, and internal factors

External factors to keep an eye on in 2021

These are forces that will impact Canada outside Canada’s borders. These are decisions or events that are outside Canada’s control. Despite the United States is a country among other countries among the world but it has a significant impact on Canada in many aspects such as political, economical etc. so we need to consider specifically.

Impact of the United States

U.S can have an impact on Canadian dollar in different ways. Canada was always influenced by U.S political and economic decisions and/or events.

With the new president in the U.S. many things could be changed and we all know how the U.S. president’s decision can affects Canada. President Biden is in the midst of putting his stimulus plan together however, when it’s released is another question. What was thought to be a walk in the park is now becoming more difficult. Republicans have indicated that they think the plan is too expensive, which is to be expected, but two Democratic members have indicated their displeasure as well. Given this, it is likely the plan will be released in March and not February. Once out, there will be a flood of cash into the U.S.economy causing the USD to get weaker against most currencies including the CAD. Consumer spending will increase dramatically, the U.S. economy should expand based on this.

The U.S. Treasury has indicated that it will keep interest rates low for as long as it takes and even in its January 27th announcement it said it was keeping its benchmark short-term borrowing rate anchored near zero and maintaining an asset purchasing program that is seeing the Fed buy at least $120 billion a month. This means that the Federal Reserve wants to keep extra cash in the U.S. economy, excess cash allows for more consumer spending and capital investment.

Covid-19 outbreak has had a major impact on almost everything in Canada and it still does. The scenario is the same with U.S. and one reason for the Federal Reserve’s stance is that even with the vaccines that are coming, the U.S. economy has started to slow and that Covid-19 will be staying longer than anticipated and its hardships will linger longer as well.This will allow the Fed to keep rates lower even if inflation starts to enter the picture, it wants to err on the side of keeping excess cash in the economy. This will cause the USD to weaken against most currencies including Canada.

Impact from other external sources

Canada like other countries is affected by economic changes around the world especially anything that changes the demand of the goods that Canada export to other countries.

As the world’s economies grow, commodities will become in demand, and although the “green initiatives” that western countries have planned to adhere are still on the table, the short term outlook is, countries need oil and other commodities however, despite the negative effects of the coronavirus outbreak on oil market at the beginning, demand is not going down while the whole world is still dealing with Covid-19. Oil is still one Canada’s largest exports and the price is expected to move up but not to highs of the recent past. That being said, oil’s share of the Canadian economy is not as large as it was and as each year passes its influence will wane as green initiatives take over, but not yet.

With growing economies come growing populations and with growing populations come growing appetites, and as part of the green initiatives come vegan food. Canada is one of the world’s largest producers of pulses. Pulses are edible seeds such dry beans, dry peas, chickpeas, lentils, and various other varieties. Not only do pulses help with a healthy lifestyle they also promote sustainable agriculture, as pulse crops help decrease greenhouse gases, increase soil health, and use less water than other crops. These will become more and more in demand. Exporters sell their crops in USD and subsequently sell the USD back into CAD, consequence, stronger CAD. Wheat is also a major factor but as plant based food products increase, pulses will grow exponentially. It is used in pet foods and that is growing “wildly”.

The chart above shows the pulse ingredients in new pet food products by subcategory in Canada and the U.S. between 2006 to 2017.

How does Canada’s economy affect its currency?

It’s not just outside demand for Canada’s resources that strengthens its currency. This year the Canadian government has stated that all Canadians that want a vaccine will have one by the end of September and so far, as of May 01, 2021, 33.67% of Canadians have received at least one dose. This will hopefully provide incentive for Canadians and Canadian companies to invest in Canada, boosting its economy. More growth means more jobs, more taxes and most importantly economic stability and with that comes foreign investments. Economic and political stability are the two main criteria that foreign investors look at, and Canada provides this, but it will provide more of this as the year goes on.

The chart above shows two sides of investment going into and out of Canada for from 2005 to 2019 based on Canada’s investment position. 2020 will not be representative of a viable year and we should look to 2021. The expectations are that foreign investors will look at Canada more positively and their direct investments should increase. Canada’s offshore investments will grow too, but as strong. The reason for this is that with the recent strength in the Canadian dollar to the USD, manufacturers can now buy the necessary equipment a lot cheaper than before. Since July 2020 the USD is nearly 12% cheaper to the CAD, and this can mean significant savings.

Canada along with the rest of the world is hoping that their respective economies will grow post Covid-19, but there are some uncertainties that could impact the CAD:

How have we fared so far this year?

Our projections for this year have been reasonable, however, no one expected another Federal election or wanted one for that matter and the new excuse for all our problems, “supply disruptions”, which is causing havoc on everything from delivery of Christmas goods maybe showing up by Valentines to dishwashers not available until next year some time. There are a vast number of items that won’t be available in the short term.

Global manufacturers have basically followed the concept of “just in time delivery” of components and parts in order to save storage costs and the possibility of ending up with unneeded parts, plus it also speeds up the process as well. These manufacturers had guessed, assumed, or planned to cut or slow their manufacturing due to expectations that the global consumer would simply stay at home and do nothing.

Economists underestimated the global consumer, buying online jumped dramatically, people wanted new cars, and other large dollar items. A vast majority of items produced today have some form of a computer chip as a component and all of a sudden everyone needed computer chips. Also, with people working at home, laptops were in huge demand along with printers, bigger flat panel TVs and coffee machines. Adding to the demand was the lack of manufacturing space which had already been indicated prior to Covid.

All of this new production takes energy to make, oil and gas prices have jumped significantly, we had called for higher oil prices but not to the levels that you see today. China and India both facing coal shortage; Coal prices have jumped as well with inventory levels in India averaging less than a week at its 153 power plants, China is also experiencing low inventory levels to the point it may ration its coal supplies.

Commodities as a group have gone up, inflation has taken hold, for how long, that remains to be seen.However, the Canadian dollar has remained strong against the USD, and at the time of this writing it’s trading at around the 1.2470 level which is where it was in June of this year. The CAD did get as weak as 1.2900 but it came back very quickly, commodities have been the main driver for the Canadian dollar staying below 1.3000 and it has got to 1.2060 but again it snapped back to 1.2450.

As we said at the beginning, expectations of a stronger Canadian dollar to the US dollar seem to be the norm and it is not just Canadian economists who believe the currency will get stronger but the rest of the world. Basically the world is hoping the United States will become a huge buying power house of retail goods and as the year goes on the USD will get weaker due to its buying of foreign goods.It should also be noted that the Canadian dollar closed 2020 on a three high and it definitely has an uphill climb to grow stronger.

Our call for the year end was that the USDCAD would range between 1.1900-1.2300 on early days of 2021, and this is still our opinion. “Supply disruptions” will continue to be the excuse and until it ebbs do not expect the Canadian dollar to weaken to the USD in the meantime. 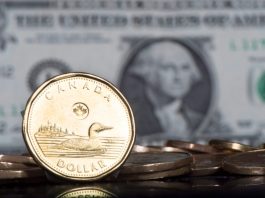