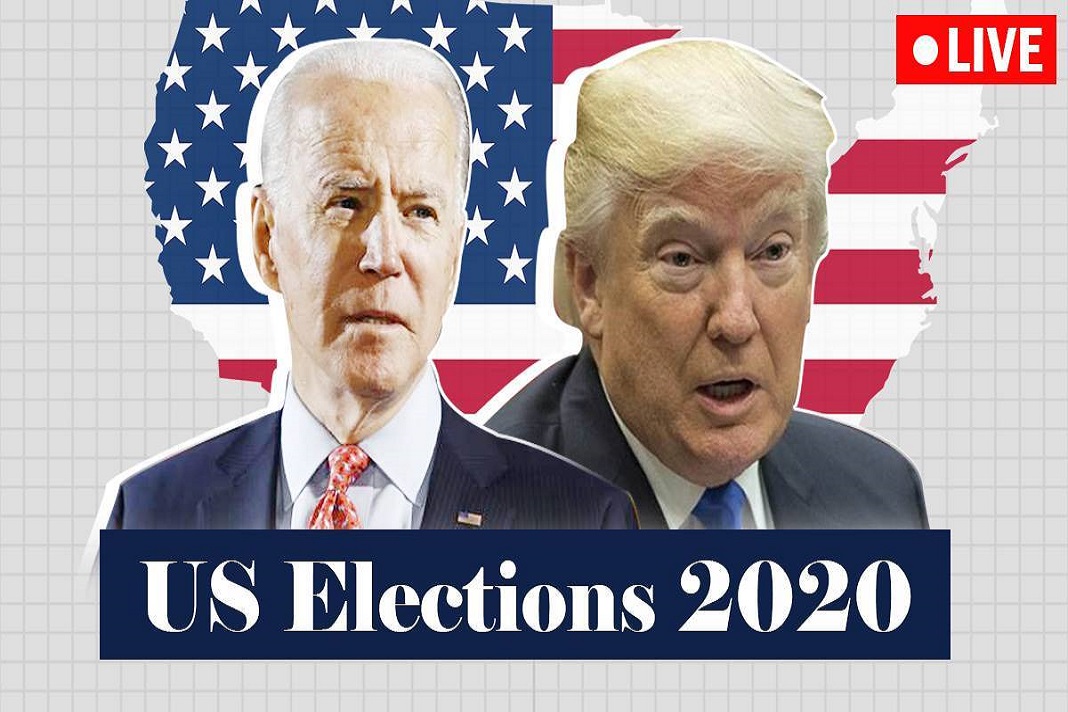 Canada and the United States share the longest unguarded border in the world. This is due to both countries not only being neighbours but very close allies. There is an old saying that when the U.S. sneezes, Canada catches a cold. Seventy percent of Canada’s exports go the United States and therefore what happens in the U.S. will influence Canadian lives whether we like it or not.

From weeks ago and during the presidential debates there were lots of predictions about the situation; some of them were right, and some them not so far. At this time nothing is more significant than the outcome of the 2020 U.S. elections, the fact that it has taken so long to count the votes is a sign that Americans have never been more concerned about their government. Voter percentage turnout has been huge, the last time it was this large was in 1900.

The states of Nevada, Pennsylvania, Georgia and Arizona have the world waiting with bated breath as to who will be the next President of the United States. These states are still counting votes and have indicated it could be Saturday November 7th at the earliest before they have a final tally.

Currently, as of now, the tallies are 264 electoral votes for Biden and 214 electoral votes for Trump, it takes 270 votes to win. It is fairly safe to say that Biden will be the next President. The big problem at the moment is that the margin of voting has been narrow in these remaining states, normally the spreads are wider and the loser may concede. Lawsuits are being filed as to whether or not a vote is valid, some states have announced that as long as the mail in vote has no later than a November 3 postmark then it counts, and will accept mail in votes till November 10th, thereby causing even further delays. The state of Nevada announced Friday that it still has 120,000 votes to count, these are primarily in Clark County, where Las Vegas is, and which also has a Democratic leaning.

The whole process could end if one of the larger states completes its tallies. Biden needs more than seven votes to win, and any one of them can carry hime. Pennsylvania has 20 votes, Georgia 16 votes, North Carolina 15 votes and Nevada has only six.

What is the potential impact to Canadians?

At the time of this writing it would appear that Joe Biden will become the next U.S. President and the Trudeau government will have a new set of rules to abide by with this new government. On the surface, Trudeau and Biden philosophies are similar, diversity, inclusiveness, gender equity, more immigration and taxes. However, this is where it ends, Biden is very cognisant of why Trump got into office in the first place, home grown is the term, Americans want jobs and not just jobs but good jobs. Biden has to follow through with his promises that Americans will come first, and that will come at the expense of Canada, Trump said basically the same thing, so it wouldn’t have made much difference to Canadians, Canada will see more forms of tariffs and jobs moving to the U.S.

The biggest concern to Canadians is not who will win, but when they will win, uncertainty is the enemy of financial markets and this causes consternation for investors and businesses. Business owners do not want to make decisions that are based on  a series of maybes.This stops capital flows, borrowing, hiring more staff, and other forms of investment.

Does Oil, Canada’s biggest export, have a problem?

Canada was struggling with oil – like other countries that export oil – when the Covid 19 pandemic happened, and now that it seems that Biden is in the oval office, oil companies in Canada now have a bigger headache. Oil is Canada’s number one export and is 22% of total exports and most of these exports go to the U.S. The problem is that Biden’s platform included a green initiative which includes canceling such projects as the long delayed – Canada has been already facing a lot of problem in export industry from the beginning of the pandemic and still does. Keystone XL oil pipeline This pipeline would carry crude from Alberta to Nebraska and would help Canada’s economy, particularly Alberta’s, whose economy is barely hanging on due to low oil prices. President Trump has signed an order back on March 29, 2020 granting permission for its construction, however Covid-19 showed up and it was put on hold in July.

Environmentalists will now be holding Biden accountable for this pipeline and for all other pipelines as well, there seems to be more groundswell from the public in regard to these kinds of issues and the chances for the Keystone XL pipelines construction have diminished.

Why this U.S. election is important