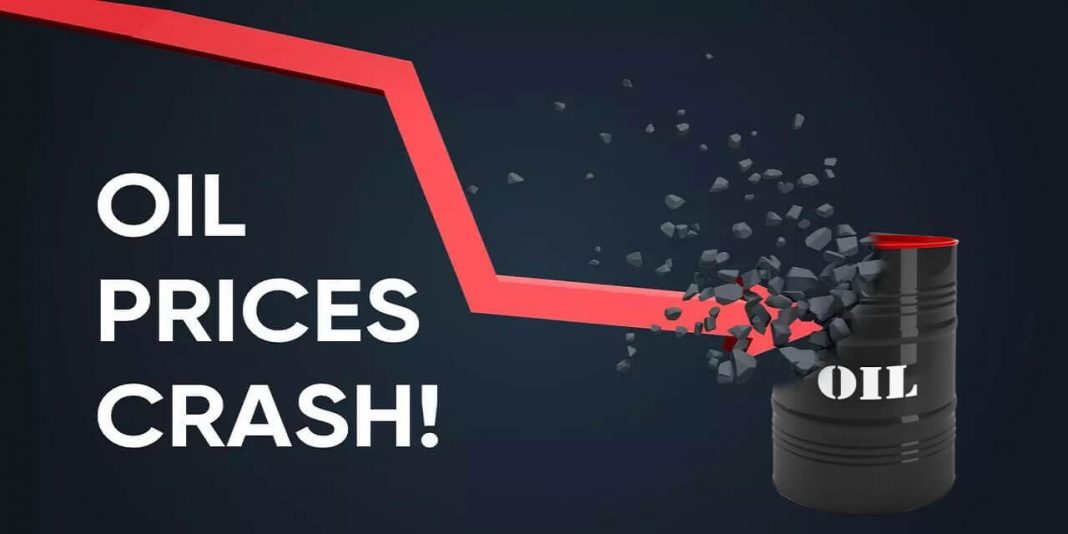 The initial onset of where oil prices were going after Covid-19 outbreak was easy, down. Oil markets as a whole were in panic mode, everyone wanted out with no thought as what was happening. In Canada, United Stated and Most of the European countries, tourism was decreased to almost zero as a result of travel restrictions, and oil market has been effected.

The initial impact of the pandemic

In April 2020 when oil was trading at $24 USD West Texas Intermediate down from $42 USD a barrel, analysts thought that this was basically the lows in terms of production pricing. The reason being was that North American oil producers would be losing money dramatically at lower levels. On April 20th, markets had determined that not only was the world producing too much oil, there was no where to store it. Supertankers were lying offshore of the United States and other countries full to the brim, refineries couldn’t accept, there was no demand, a lot of the Western world was in lock down, no one was using gas or crude or plastics. Suddenly, prices not only fell again, but went into negative territory, the first time in history.

CNBC published an article on April 19 which shows how oil price has crashed on late April as it’s illustrated in the above chart. Worldwide demand had fallen by as much a one third, but this was a conservative estimate, Producers have continued to pump, but with air travel halted and people staying home there’s simply nowhere for this oil to go. This pricing was based on oil futures that had immediate delivery dates, which further impeded pricing, and no one wanted to have delivered to them that day or that weak. Once the delivery date of this future expired, pricing started to move back to historical levels, two weeks later West Texas Intermediate had moved to $25 USD a barrel.

The aftermath of negative oil prices

Once the world had observed this negative pricing, the effects were almost immediate, Saudi Arabia and Russia announced production cutbacks, U.S. shale producers capped numerous wells with no intentions of pumping them again. The remaining members of OPEC joined Saudi Arabia and cut back as well. Energy trading remained stable though muted, analysts started to evaluate the announcements coming out from around the world and it was becoming clear that even with global economies starting to reopen, the demand for energy was not going to be the same. Oil companies particularly those in North America had started to downsize on a radical level, it wasn’t just drillers being let go, it was a full top down vetting, all departments were affected.This left oil companies with leaner operations and hopefully better profit margins.

The oil market since April

As the western economies started to reopen, energy prices moved up accordingly, by mid-June West Texas Intermediate was trading around $41 USD a barrel and has range-traded between $38 USD to $42 USD till now. The purge of letting staff go has not abated even some of the largest companies have not been immune and have downsized. The result is that today’s oil companies are able to adapt to fast moving conditions and are able to withstand the negatives that may go with them.

Another outcome is that the prices of oil stocks have fluctuated dramatically leaving smaller companies ripe for takeover. The month of July has seen a number of takeovers, it has been primarily a one way street in terms of where the buyouts that are not within the U.S. Canadian oil and LNG operations have been bought due not only to lower energy prices but also a cheaper Canadian dollar. U.S. companies have been offering CAD cash to shareholders or for certain corporate assets held by private companies.

Takeovers and the impact on the Canadian dollar

When a foreign company wishes to purchase a publicly traded Canadian company or a large private one, it cannot simply just announce its intentions without hedging its exposure. If a U.S. company offers to buy a Canadian company for cash, and the amount is extremely large, the immediate effect is that the Canadian dollar gets stronger, The belief being that the U.S. company needs to buy enough CAD that will move the market. Prior to the buyout announcement, the U.S. company will hedge its potential exposure by locking into products that will allow it to buy CAD at a future date at a preset price.

Thereby if the Canadian dollar does get stronger, the U.S. company has mitigated its costs. A likely means of hedging could be the purchase of options, the U.S. company pays for the options and there are no other costs attached. The downside risk is the initial outlay expires worthless. If the initial offer is rejected and the CAD moves back to weaker pricing then this is when the options become worthless. Recently there have been buyouts of Canadian companies and combination with higher energy prices the Canadian dollar has become stronger to the USD. In mid-April the USDCAD was 1.4200 and now it’s 1.3390. This is a six percent increase in purchase costs and not hedging can damage a potential takeover.

Fast Forward; What is the current status of the oil market?

As anyone who has driven past a gas station or riding on a bus past a gas station they will have noticed that gas prices are a lot higher than in April, 2020. Currently, West Texas Intermediate is $64 USD a barrel and has reached as high as $70 USD a barrel in recent days. The last time we were at these levels was October 2018 when oil peaked out at $73 USD a barrel. Not only have oil prices gone higher but the Canadian dollar is a lot stronger, 1.265.

How much has oil changed in terms of Canadian funds?

What caused this hike?

Well, there has been a number of contributing factors, primarily the underestimation of the global economies and the doom and gloom prophecies by the world’s economists and politicians. The dire predictions that financial markets would implode along with real estate prices, massive job losses and large swathes of  derelict factories, a new rust belt, these were all expected to happen.